… Or What the Hell Just Happened?

There is one primary reason the media, the pollsters, even the conservative pundits got it wrong on Election Day. One can listen to any media source and hear a litany of probable causes for the big surprise, even some which are grounded in an element of truth. However, there is one reason none of them have mentioned. It is the reason people woke up the morning after Election Day totally surprised by a Donald Trump presidency.

This is not an exculpatory defense for Mr. Trump, nor is it one for his opponent or the press. Admittedly, the conservative candidate’s very personae lent itself to much of the hysteria, but probably only marginally more so than his opponent’s own extensive resume of controversies and blatant corruption. I will defend neither. This is a statement instead on the pathos of ignorance that surrounds those who have no clue as to the real reason they were totally blindsided by the election results. First, let’s look at some facts.

After the elections of Presidents Clinton and Obama, middle-Americans did not take to the streets protesting and rioting. Did you see a single Democrat or liberal voter targeted and beaten? I think not. Rather, in those elections voters who supported the losing candidates accepted, begrudgingly perhaps, but silently, the will of the majority. They accepted that our constitutional republic is one of laws to which they would adhere. So, what happened?

It was an inevitable response by the Silent Majority to those with whom they differ, one of silence. It is one that has become magnified more so in the last decade for two reasons. The first cause is that great Orwellian lie owned and promoted predominately within liberal and academic circles: political correctness. Failure to resign one’s self to its coercive precepts is to be subjected to vitriolic and abusive verbal accusations and attacks, and in many instances, loss of job, business or other punitive measures. Political Correctness has proven a convenient way to stifle free expression and shut down those who might offer alternative view-points. Join the group-think of this growing ideology or be damned. It is one of the first steps toward controlling the masses and the first reason the Silent-Majority has become more so in the last decade. 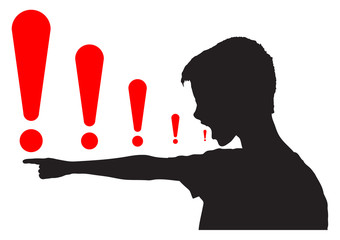 The second reason middle-America has grown more silent is one created by a vociferous verbal onslaught and beat-down for those who dare voice a conservative-based opinion. This is a product of a press, predominately television and on-line, that has chosen ideology over objectivity. The press is no longer an entity that guards public ethics, nor is it a government watchdog. Rather it has become an ideological zealot willing to deliver the lives of Americans unto governmental control and support the devil himself if it serves their interests.

Dare a member of the middle-American silent majority voice a counterpoint to this ideology he or she becomes characterized as racist, bigoted, xenophobic, homophobic—fill in your own blank here. Elitist press, politicians, members of academia and pundits refer to those in “fly-over” land as rural voters, non-college educated voters and a list of code-names they would gladly, if it were not for their political correctness, replace with redneck, coal miner, deplorable, farmer, truck driver, uncle tom, ignorant Southerner, moronic Midwesterner, old white people—again, choose your own. There are many more.

Yes, the silent majority in middle-America has taken to the words of Theodore Roosevelt. They speak softly (or not at all) and carry a big stick (their votes). The surprise outcome of this election was the direct result of a total stifling of civil discourse and the disenfranchisement of middle-America.

You may also enjoy: Political Correctness and Manners

One thought on “Were The Election Results a Failure for The Age of Reason?”